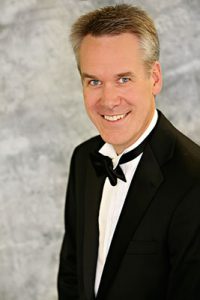 It gets old after a while, really. Having people tell you day after day that “You missed your calling”. Professional Charity Auctioneer Jim Nye heard that from his clients for well over a decade as a top producing (and apparently very entertaining) insurance salesman. First they would laugh, and then they would buy, and then they would happily tell him: “You really missed your calling!” Finally….mercifully… he found his calling one day when a colleague asked him to be the auctioneer at a charity event. Before he could even get off the stage that night, the Chairperson asked him if he could do it again the next year. Which led to an invitation to another event. And another. And then another….

Today, with a combined 20+ years of experience in public speaking, auctioneering, helping charitable causes (and even appearances on such TV shows as Seinfeld, Mad About You, and Hollywood Squares!), Jim has learned how to stimulate all types of audiences and has helped raise millions of charitable dollars for non profit organizations of all shapes and sizes.

A native San Diegan and member of the National Auctioneer’s Association, Jim’s entertaining style –and determination to spotlight the cause of each event he helps– results in satisfied guests and relieved committee members from every gala, auction, golf tournament, charity fashion show and fundraiser he takes part in. He cherishes each client and is extremely proud that 95% of his clients ask him to come back year after year.. 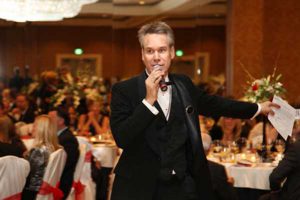 Jim has helped plan countless successful fundraising auctions, joined forces on numerous prestigious celebrity galas and appeared in media such as The Orange County Register for his auction accomplishment, including recently selling a dinner for 10 valued at $2,500 for a whopping $30,000 and just to top it off, he then sold it AGAIN for another $30,000! Jim is also an expert at the popular and critical Fund-a-Need concept, and has repeatedly pulled in bids of $100,000 or higher. He has also been awarded the Benefit Auctioneer Specialist (BAS) designation by the National Auctioneers Association (NAA) Education Institute; there are less than 150 auctioneers around the world who have acquired the BAS professional designation.
A full time Daddy and Husband when he is not Auctioneering, Jim is quite happy to call being a Benefit Auction Entertainer his full time occupation, love and passion. Jim resides in Orange County, California. He loves to travel and works all over the United States and Canada. He’s comfortable working in Miami, Toronto, Idaho…..you name it.

He would love for you to contact him in regards to your upcoming event, whether it is next week or next year!